Blog has been terminated.

Closing down my blog @ http://halkomahooli.blogspot.com And what I mean by closing is, I won't be making anymore updates to it. The blog itself will stay up and you can go and read older updates but there won't be any new ones.

This is because I don't have time for long written updates and because there just wasn't enough audience.

Thank you
Sent Halkomahooli No comments:

Hello and first of all sorry for not posting here in a long time. I've been busy in real life with work and family during holidays so haven't had time to make big writen updates but rather I've made small quick updates to Facebook and Instagram.
I have however made some progress in modelling and painting and that's the subject for today. I've started planning and testing technics for this years project which will be a large scale diorama (in size of the base, working scale is still 1:100) and it will be set to the Ardennes in 1944-45.
The diorama will have a dismounted American armored rifle platoon supported by a Hellcat tank destroyer, defending a ruined house, on a bank of a river with a stone bridge going across. While a German assault group, with half-track and Panzer IV/70(V) in support, is trying to seize the bridge and drive the American troops out.
I have a rough idea drawn out but it is subject to change a bit (ie the pre planning had a ruined monastery but it has been since then changed to a ruined house). Also the German support has bee changed a bit since the first time I thought of this. At first there was supposed to be a StuH42 and two half-tracks. 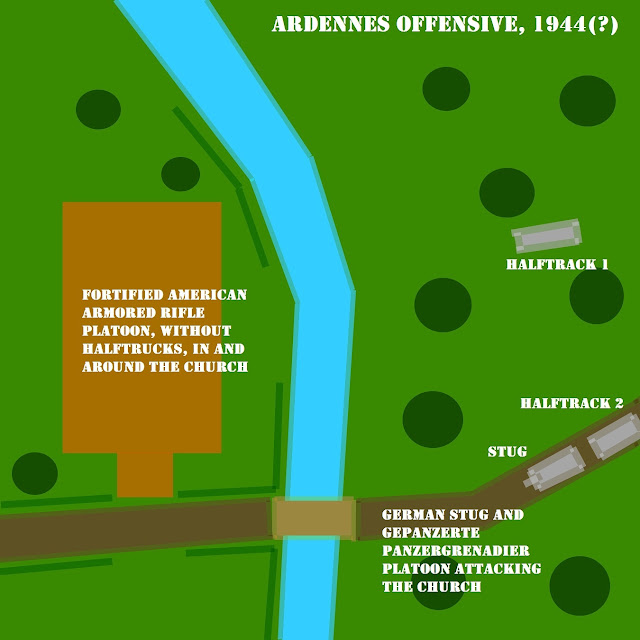 As this is going to be a bigger in size than Flames of Wars large base, I had to find a new material to use. The option wasn't hard and I ended up using styrofoam. But as I hadn't ever used styrofoam I had to learn firat how to carve it and learn how it would react to the other materials I'd be using.

That's why I made a practice run and made myself a hill where I practiced on how to carve styrofoam and how it would handle the materials. I'm glad to say the result looks rather good in my humble opinion. 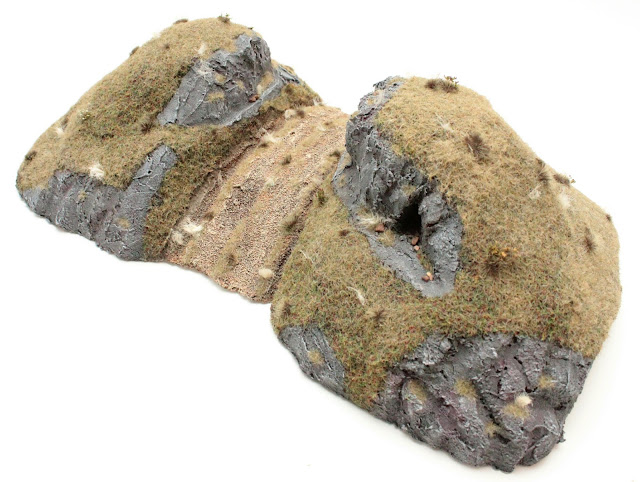 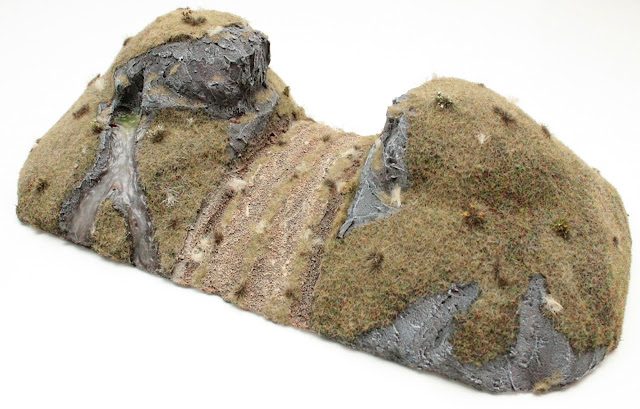 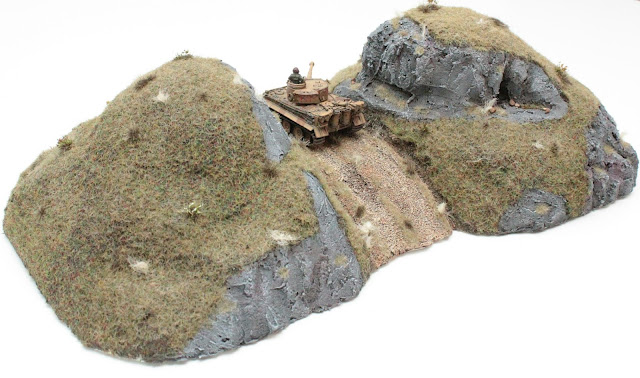 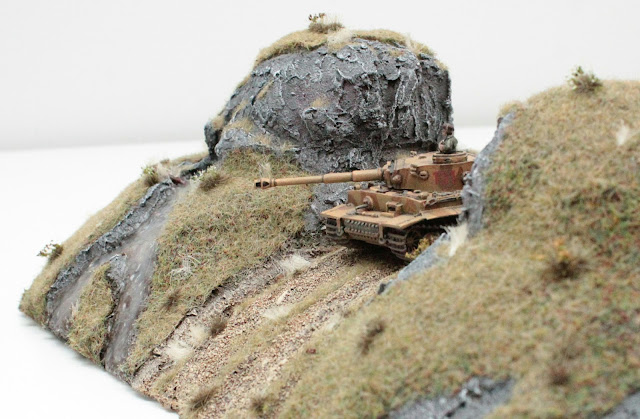 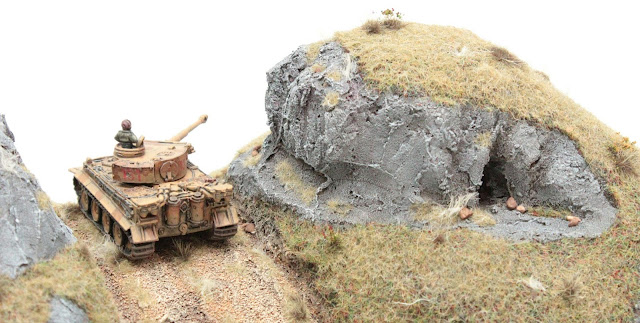 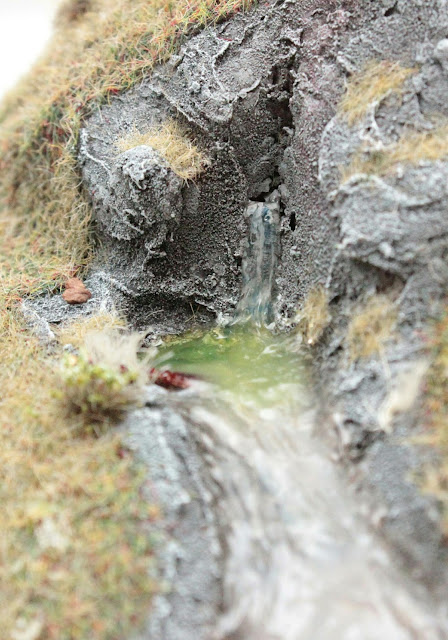 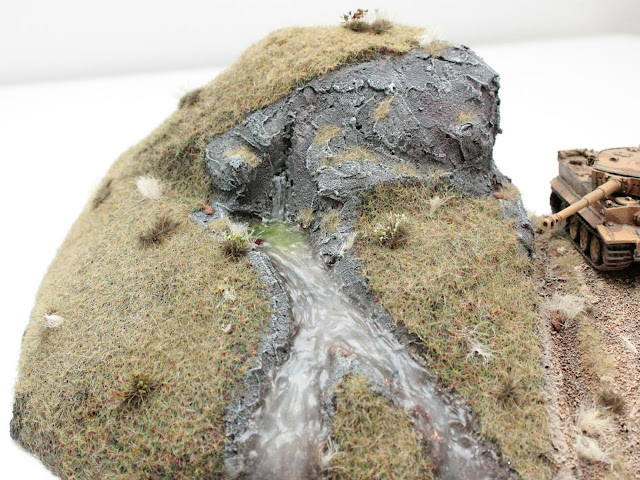 There will be a huge difference with the practice and actual work though, as the actual diorama will have trees, snow and integrated figures which the practice work doesn't have.

But I'll try to keep you updated here as well from now-on.

Cheers and have a happy gaming!
Sent Halkomahooli No comments: