I played my second game using the new points limit for LW on wednesday. I played against my regular opponent Redbirdie who used Soviet Lend-Lease tank company:

Both of our deployments were very simple. Redbirdie concentrated all of his troops to right side (from my table edge) of the board for a race forward.

As I had 4 platoons out of 8 to deploy against so many tanks I desided to take as many AT units possible to hold both flanks in case he desided to switch the point of his attack. I deployed 1. Pzgren platoon to the left side (again from my side of the table) supported by a unit of PaK40s. To the right side I put my Jagdtigers in front of the enemy and with a direct line of sight. I left 2. Pzgren platoon into ambush (revealed in turn one rightt behind my Jagdtigers).

The game was fierce as the Soviets managed to bail my command Jagdtiger and then switched their direction right at the beginning and took out my defences on the left side objective. Luckily I rolled in reserves to keep the objective hot long enough for my 2. Pzgren platoon and Jagdtigers to arrive from the other flank. At that point both forces had been severly depleted, Soviets in teams (4 tanks left (1 of them left leaderless inside woods after its platoons infiltration move!) and 3 infantry teams) and Germans in platoons (I lost 5 platoons in total to defend that left objective!!).

The last measures were to use my rocket lauchers to fire as rifle teams to add some shots trying to pin those dug in infantry teams on the objective. Also fired as much from 2. Pzgren platoon and managed to pin those Soviets before assault. My Jagdtigers take out last tanks on the left side. I then assaulted and killed 2 out of 3 Soviets infantry teams and the last one ran home.

4-3 victory for the Germans but with a high price!

My unit of the match was Jagdtigers. They managed to remount despite being reluctant and raced a long way from side to side to help my brothers in arms! They also took out 8 tanks out of 11 (1 being killed by PaK40, one by panzerfaust in assault and 1 being left leaderless inside woods!).

I can't wait to get another go with these guys. For now they are my favourite troops!


P.S. Sorry for no pictures as I forgot to take my camera with me :(
Sent Halkomahooli No comments:

Back from the grave!

It's been a while and I've been lazy and busy at the same time. Work work work and all that...

But I've made some progress too with my painting!

As you can see (or remember) my Jagdpanthers and their camo, I have updated my older models to match theirs. Some of the work is still in progress as I need to paint 15(!) (yes it's a lot) Sd Kfz 251/1s (8 of these are old ones to be repainted)! Also I've made some new friends in models which you'll see here!

So without longer talks I'll present you my new StuG III Gs and StuH42s: 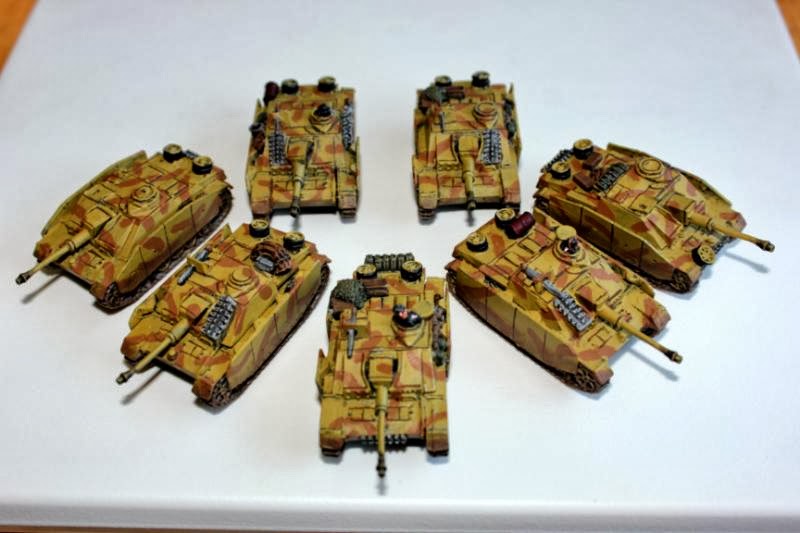 And a new friend of mine, Jagdtiger! 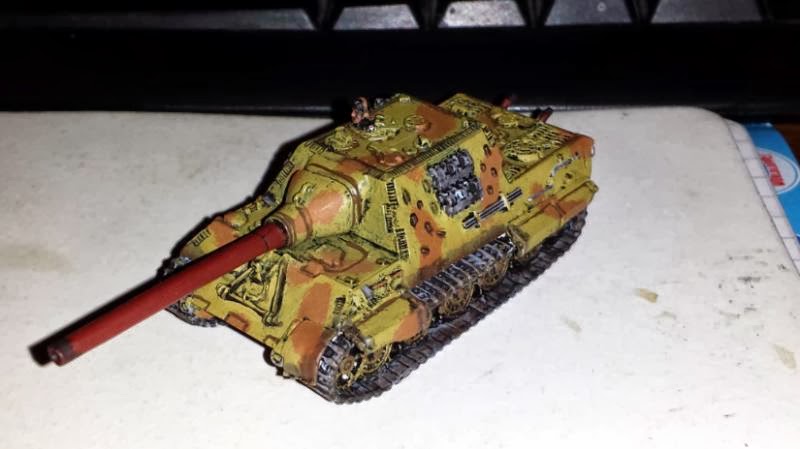 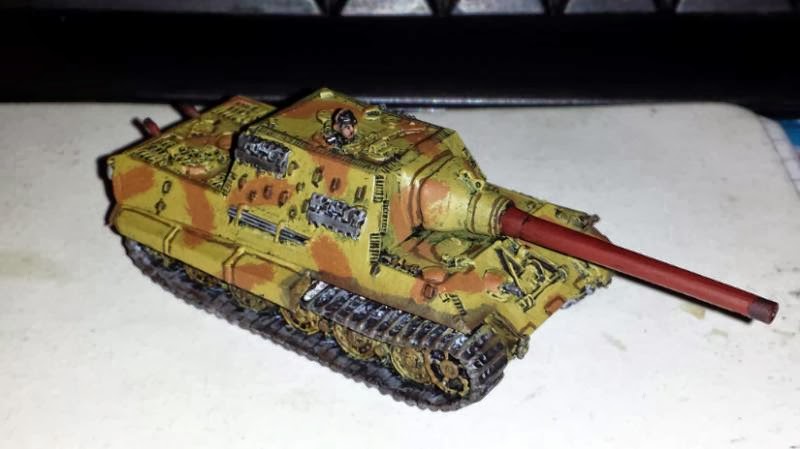 Now there's 2 more of these nice little kitties coming up too and to protect them from all those bad Allied Jabos I've a trio of 3,7cm FlaK43 AA guns coming up too.

Until next time!
Sent Halkomahooli No comments: