It has been a long year, and even there are some left of it, but I've finally finished this years project that I revealed about a year ago. To paint my first themed army and that be the 2. Gebirgsjäger Division from Gebirgsjägers in the West PDF, and later from the Ardennes Offensive book. 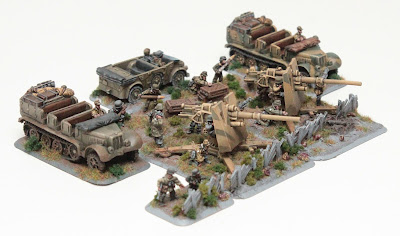 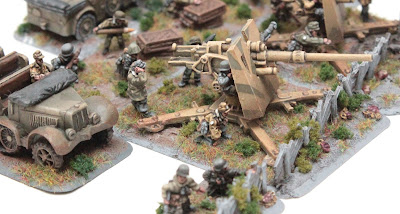 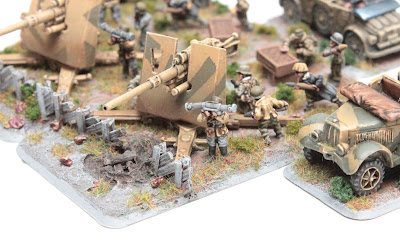 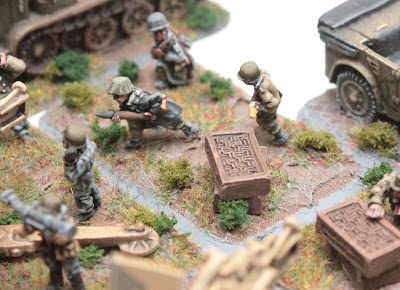 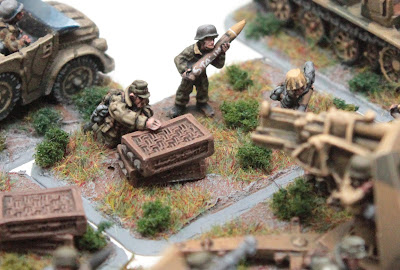 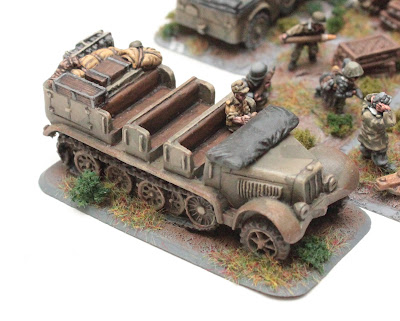 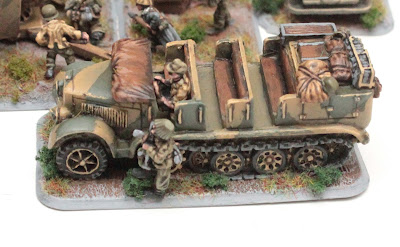 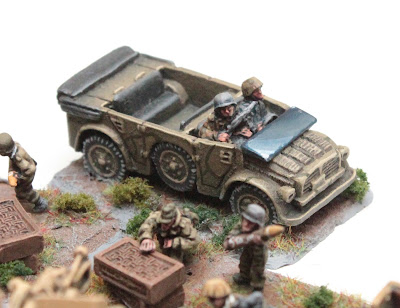 What can I say, it has been fun and challenging. I've tried new things like water effects and color modulation. I've painted a lot of guns and very much infantry, of which I normally don't like doing, and some vehicles. The variation on the infantry has been great and as I've had some spare figures from older boxes, it has made a nice impact on the units where I've mixed figures. Overall the Gebirgsjäger figures look fantastic, all the poses and gears have given me and extremely nice and easy task to adapt guys to different platoons.are just great!

And what is even more fun, is that this army can be used in Mid War too, just replace the panzerschrecks with anti-tank rifles and add light mortar teams. Both of wich did came with the Gebirgsjäger company box! Oh and I might need to swap the Hetzers to, say, Marder IIs and Panzer IIIs.

But anyway, enough talking! Lets reveal 1900 points of Gebirgsjägers to you!

Big thank you to everyone who has followed this project, commented or liked! And BIG thank you to everyone who has helped me to learn new things, methods of painting, basing and preparing the units. And who has had some insight or information on regarding gebirgsjägers or 2. Gebirgsjäger Division specifically. I know this isn't so closely painted as the equipment should be but lets call it artistic licence to modify things.

Thank you and well be seeing with the next project.
Sent Halkomahooli No comments:

In this post: Introduction to the newest member of my German air support fleet, the Arado Ar 234 B jet-engine bomber, and an old friend who has received an updated color scheme, Me 262 A2a 'Sturmvogel' jet-engine fighter-bomber.

Lets start with the newest addition first, Arado Ar 234 B. It was first introduced into the game with the addition of the Bridge at Remagen book. Its speciality is its jet-engines which give it the High-speed Jet rule:

Being able to run off from its enemies is handy, though AA still hits it normally. In my opinion it would be nice to have a +1 to hit it, just because its jet-engines gives it higher speed than piston engine planes.

As for the stats, it only has bombs as weaponry but those are one hefty ones, 2 1000kg bombs below both engines. With Anti-tank 6 not many tanks are going to want to take a hit from it, not even with Top Armor 2. Add to that Firepower +1 and you have a good buster for every job. Alas being only Sporadic support and requiring a 4+ to hit its targets, it not very reliable.


The second option in my air support pool is the Me 262 A2a 'Sturmvogel' that Germans developed. This one I've had for a longer time but with the Arado, I decided to repaint it. The Me 262 is similar to Arado in few ways, it too has the High-speed Jet rule and is armed with bombs, though little less potent than Arados. But in addition to bombs Me 262 also has cannons in its use.

That's all for now. Thank you for watching.