Ok todays program included building up the command jagdpanther of my HTD platoon. I only made some small modifications at this stage, some battle damage to the sides and front. On a TODO-list there are some drilled "holes" to the front and sides, where the enemy shooting has made some damage but not enough to penetrate.

I'm also going to add a camonet around the gun barrel but that's going to come after painting as the mosquitonet that I'm using is dark green already so it's going to work as an add-on camo color. I'm also thinking about putting camonet tho other areas of the tank but not sure yet if I'm going to finish this idea.

One thing what I'm going to do is try to make a foliage camouflage for my Jagdpanthers. I'm not sure yet how to do it so I'm open for suggestions. One idea is to use very thin cabels rolled together as a way of a branches and then put some GaleForceNines Summer 3 Color Clump Foliage Mix as leafs. 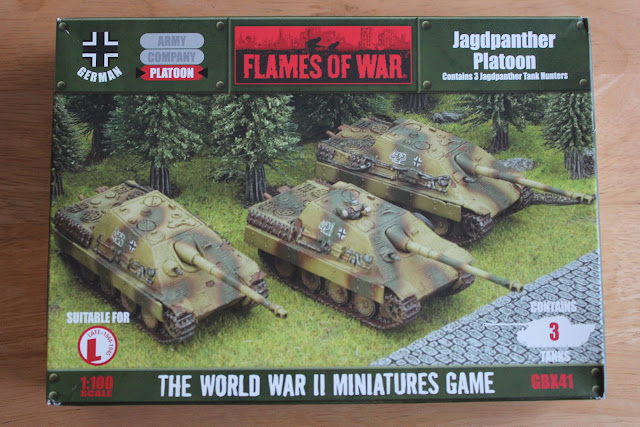 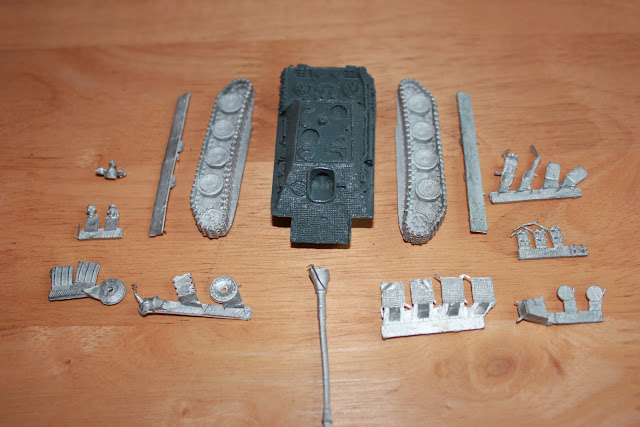 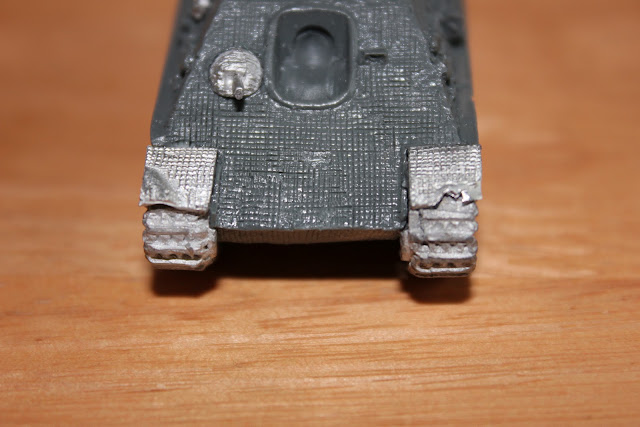 Did some battle damage to the left side mudguard. 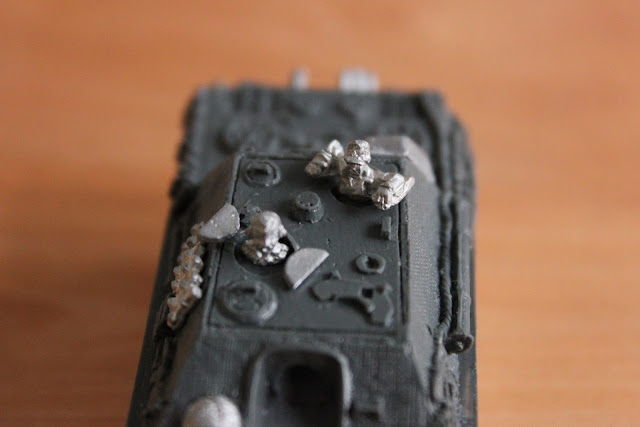 Sliced a hatch to fit the loader poking out. Also added some tracks to the side of the hull. 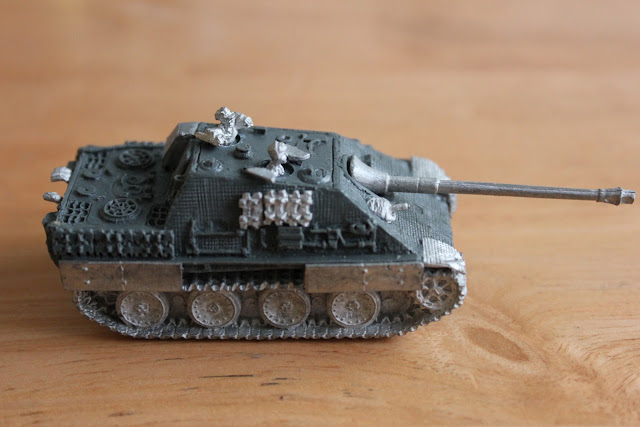 Gun barrel added. Also wanted to have the stowage at the rear of the casemate. Added sideskirts, taken some damage as there are sections removed. 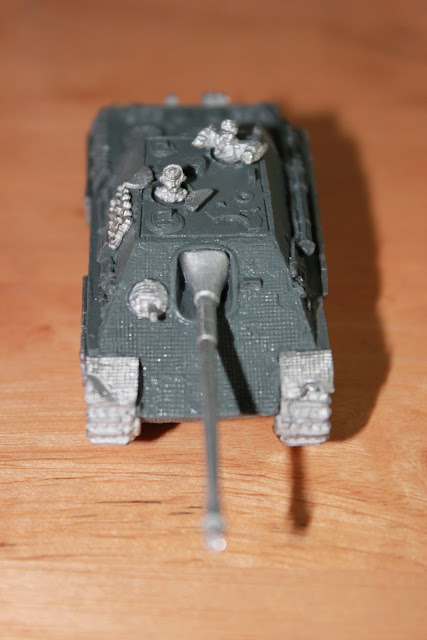 Just the full view of the front here. 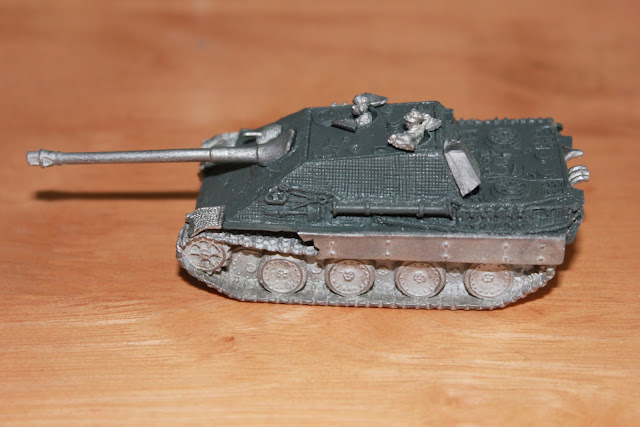 Some heavier damage on this side as there is a big peace blown off.

Please leave your comment and/or your suggestions considering painting and the foliage camouflage of just what do you thing of the project. Thanks :)