Ok, so building done in the previous post and on to the painting. I'm going to apply 2 color camouflage for my Jagdpanthers, using SP04 German Armor as the base and Vallejo 875 Beige Brown as secondary (and now you all will scream WHY BEIGE BROWN?! And you should as it should be darker colour used in late war, but I think this fits better.)

First what I did was painted the whole Jp in black as basecoat. After that I sprayed two coats of German Armour. When the tank had dried I noticed that although I tried to use as thin coats as possible, it was too much so I desided to wash the tank up with Nuln Black (yes the ex Badab Black) to get some contrast. I also sprayed one more coat of German Armor after the wash to get the color back up. 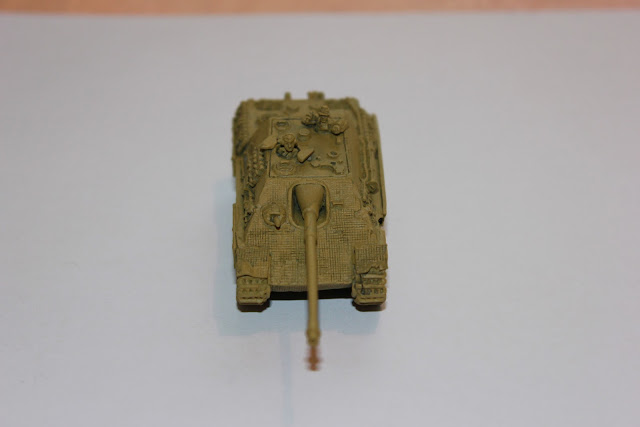 Next I started to apply the second camouflage color, Beige Brown, using Citadels Medium Dry Brush. I brushed several thin coats on the camo pattern to build it up. I came up with the camopattern as I painted it so there wasn't any plan to follow. 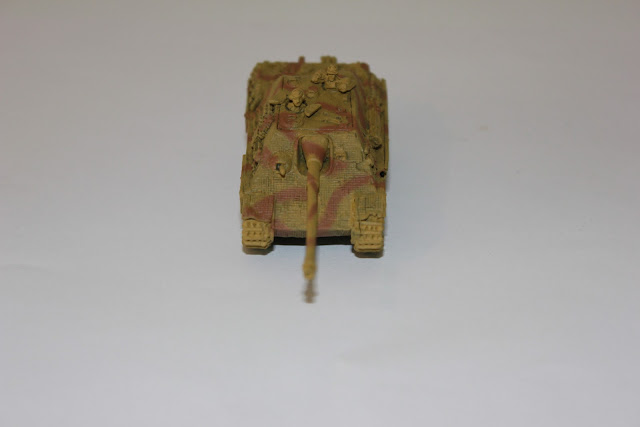 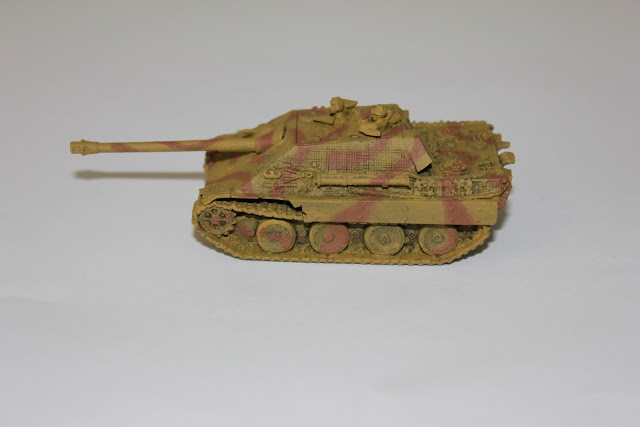 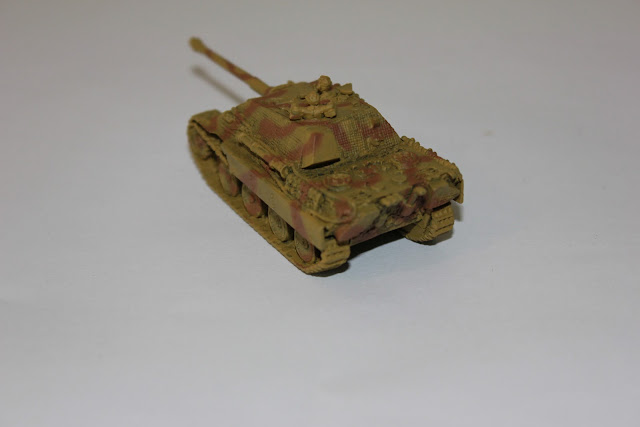 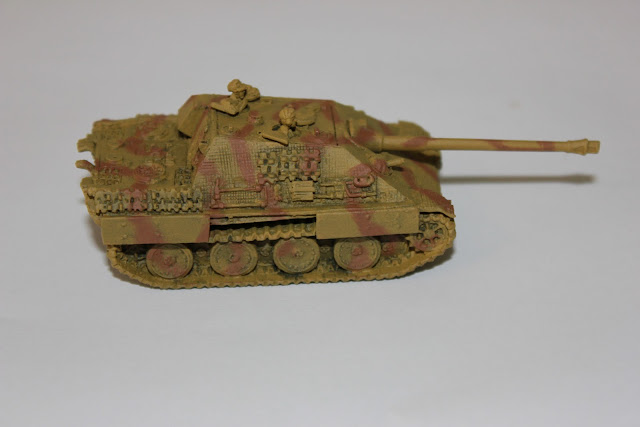 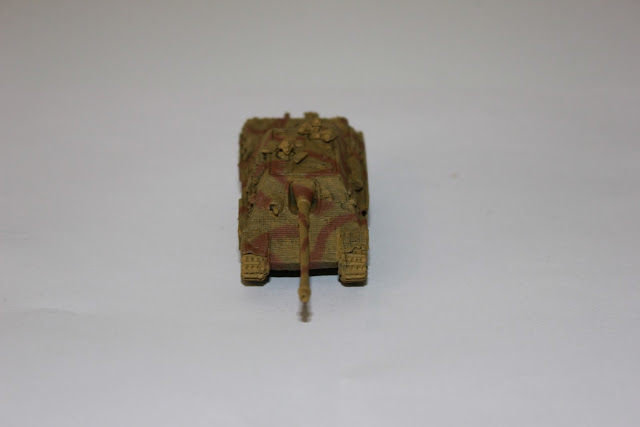 By now I have already started picking up details like axe, spare tracks, crew etc. with black and damaged places with Citadels Dark Flesh. Later on the damaged areas will receive a black wash to down the color. The tracks I'm going to leave for the last to paint, a bit unwise as while painting them I may damage the already painted areas.

For the next time, bye!
Sent Halkomahooli