Lately I've been turning myself more and more to be a Soviet player and with the new book Desperate Measures I've decided to start to collect a Hero Medium Self-Propelled Artillery Regiment as I love the SU-100/SU-85M model and just had to get a hold of them with this list.

So I ordered total of 2 boxes (that gives me 10) of assault guns. I'll also need a batallion commander with T-34/85 and I compared the two possible models, obr 1943 and obr 1944 and the later just looked much better with cupolas further aft than those on obr 1943.

For the support I'm thinking of some kind of recon and some infantry company, I don't yet own the book so I'll need to wait until then to decide what I'll need and want. Some IS-2s are also not out of the questian as I have those from my Guards Heavy Tank Batallion.

For indirect fire I'm going to go with the IL-2 so I don't have to buy that many new models.

So this is my plan. I've already done my first SU-100s/SU-85Ms and working for more. Should also finish my infantry which has waited to be painted and based over a year now.

I've painted my SU-100/SU-85Ms in winter camo as I want them to match the rest of my Soviets.

For basecoat I used Light Grey from Vallejo. Thw white has been done with 2-3 layers of Skull White from Citadel. I tried to keep the models fairly clean from battle/usage damage. I used Nuln Oil from Citadel to create depths to the recess.

For the first time I also tried to do snow effect with GF9s snow flock. I think it succeeded quite well but I still have much to learn. 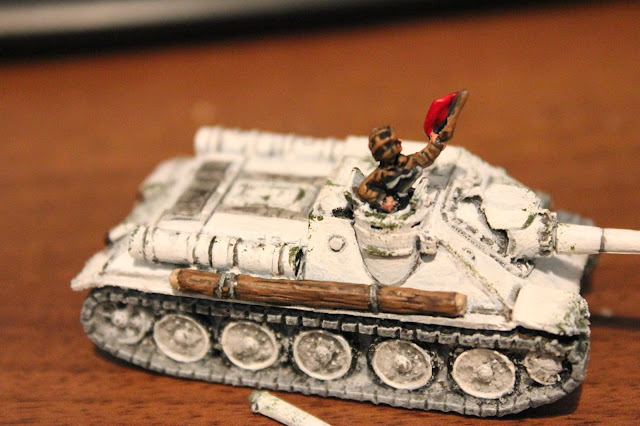 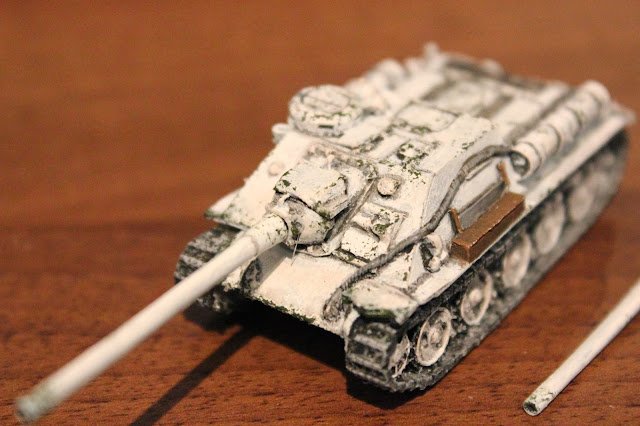 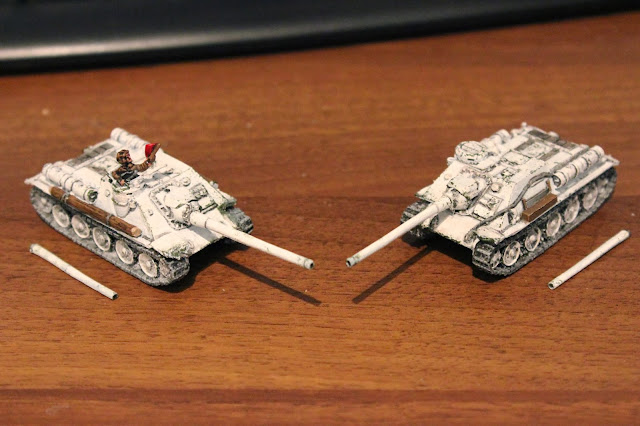