Some of you might already have spied on my FB page and/or Instagram feed and noticed the Project 2016 and seen what it's all about. Well today I'm going to talk about it here took.

The Project 2016 is about building a themed army, my first actually, and fullfilling my all time love for one force: Gebirgsjägers. The brave men that trained to fight in the mountains.

Lets talk about what got me into building a themed army. First of as Battlefront changed their points limit for Late War tournament scene, I went to think about all the different forces I had used before, Panzergrenadiers, Schwere Panzers, Panzers and so on. The one force I haven't properly tried was foot-slogging infantry without trucks or half-tracks.
The history of Gebirgsjägers is also full of details, fought in Finland (yes, there were actually several Gebirgsjäger Divisions fighting in the Finnish Lapland) and Caucasus mountains, and all Gebirgsjägers can draw their heritage to Austria, a place close to my heart.

So there are many reasons for me why I should build this army.
But why a Late War army and not Mid War as the ETC is Mid War themed this year? Well mostly because the local meta is Late War and because in Late War you get to field all sorts of great tools, and I like the thought that I can upgrade this force very quickly to 1750 or more with, lets say, Jagdpanthers. Also there is an OOB directly available for one unit that fought in Finland, 2. Gebirgsjäger Division, found in Gebirgsjägers in the West PDF.

About the force that I'm working. I tried to make it as balanced as I could, taking template weapons, a mobile unit, anti-infantry power and a lot of anti-tank power with all the panzerfausts and panzerschrecks. It's not propably going to win many tournaments but it will win games and it will give some headache to any opponent who faces it. I'm not going to go into details here of why I picked a certain platoon as everyone of you whole play Flames of War can propably already see the use for every platoon. 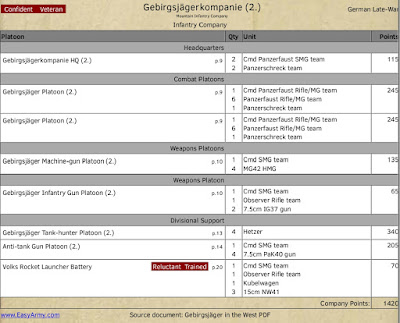 What has been done so far? I have bulk of the army already at home, some of it painted, some of it not. Few platoons are yet to come but all of them have been ordered and I'm confident that Battlefront can deliver the rest of thd force soon. And as the title says this is a project for 2016 so I still have many months to complite this.

For the end I'll let you all see the platoons that have been painted and that have just been assembled. Thank you for reading and as always comments are welcom 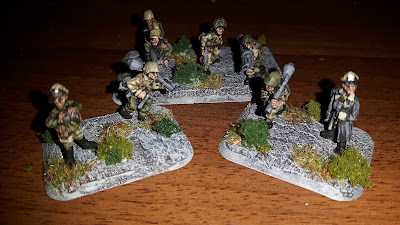 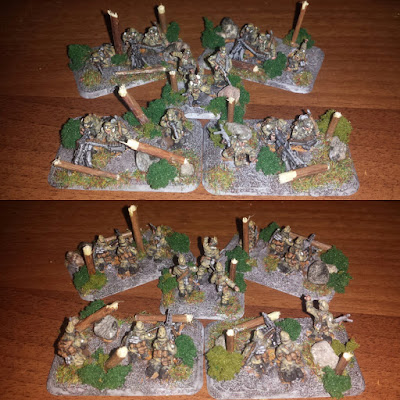 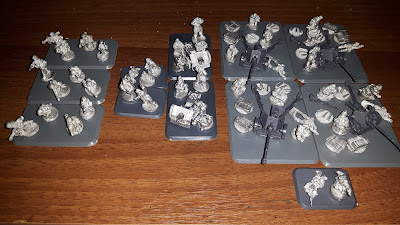