"Sir, we have replacements. Two PzKpfw VI Ausf. B "Tiger"s has just arrived from maintenance. Company is now at full strength."


This means my troops for Oosterbeek are now ready. Let those British and American dogs walk straight to our trap!

Anyhow I wanted these to look that they have had some repairs in the rear areas and hastly sended to aid in the defense of Oosterbeek. That's why there are replaced guns and turrets etc. without camouflage paint (though should have bought the non-zimmerit ones, these look awful with zimmerit!). 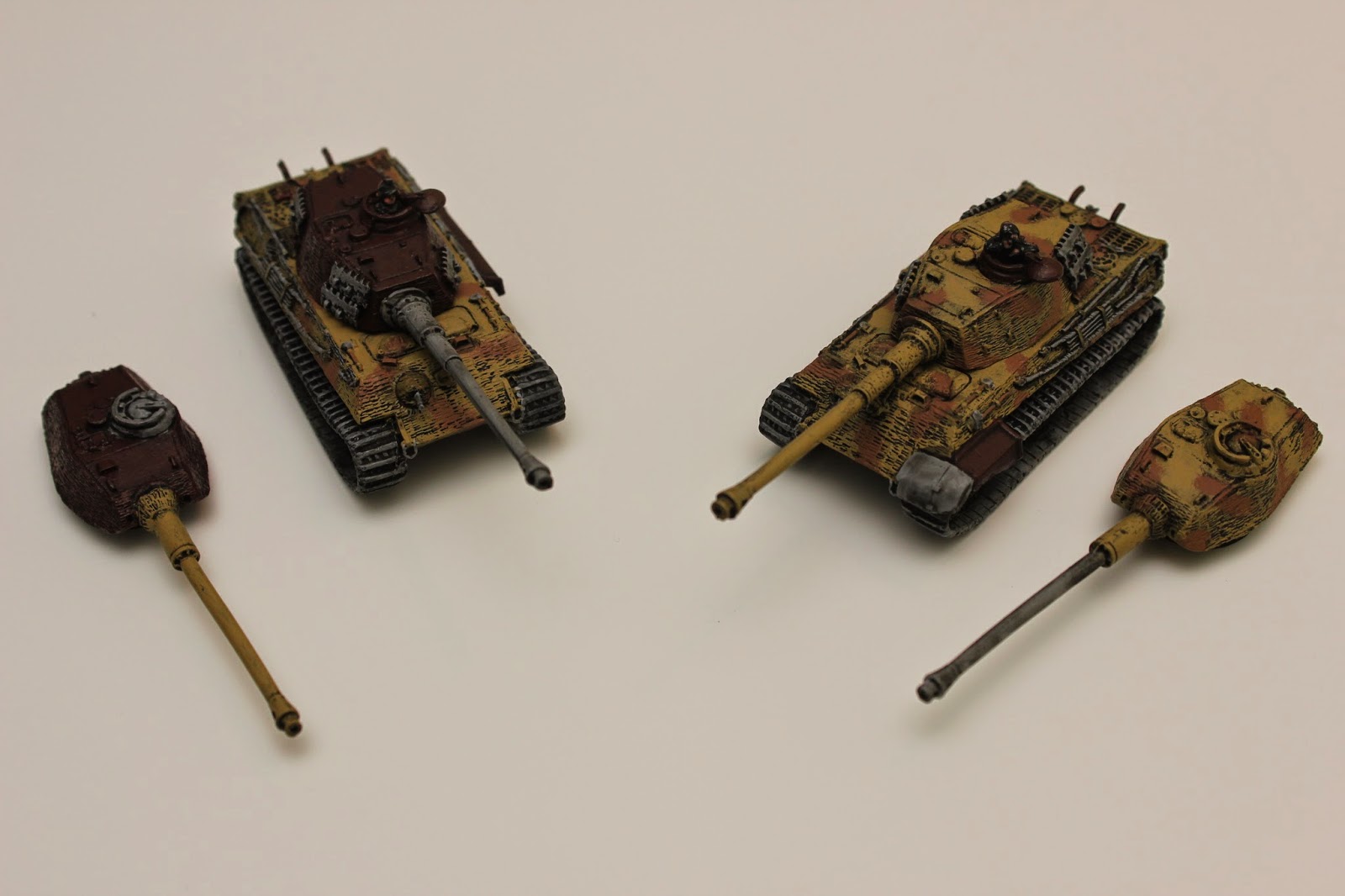 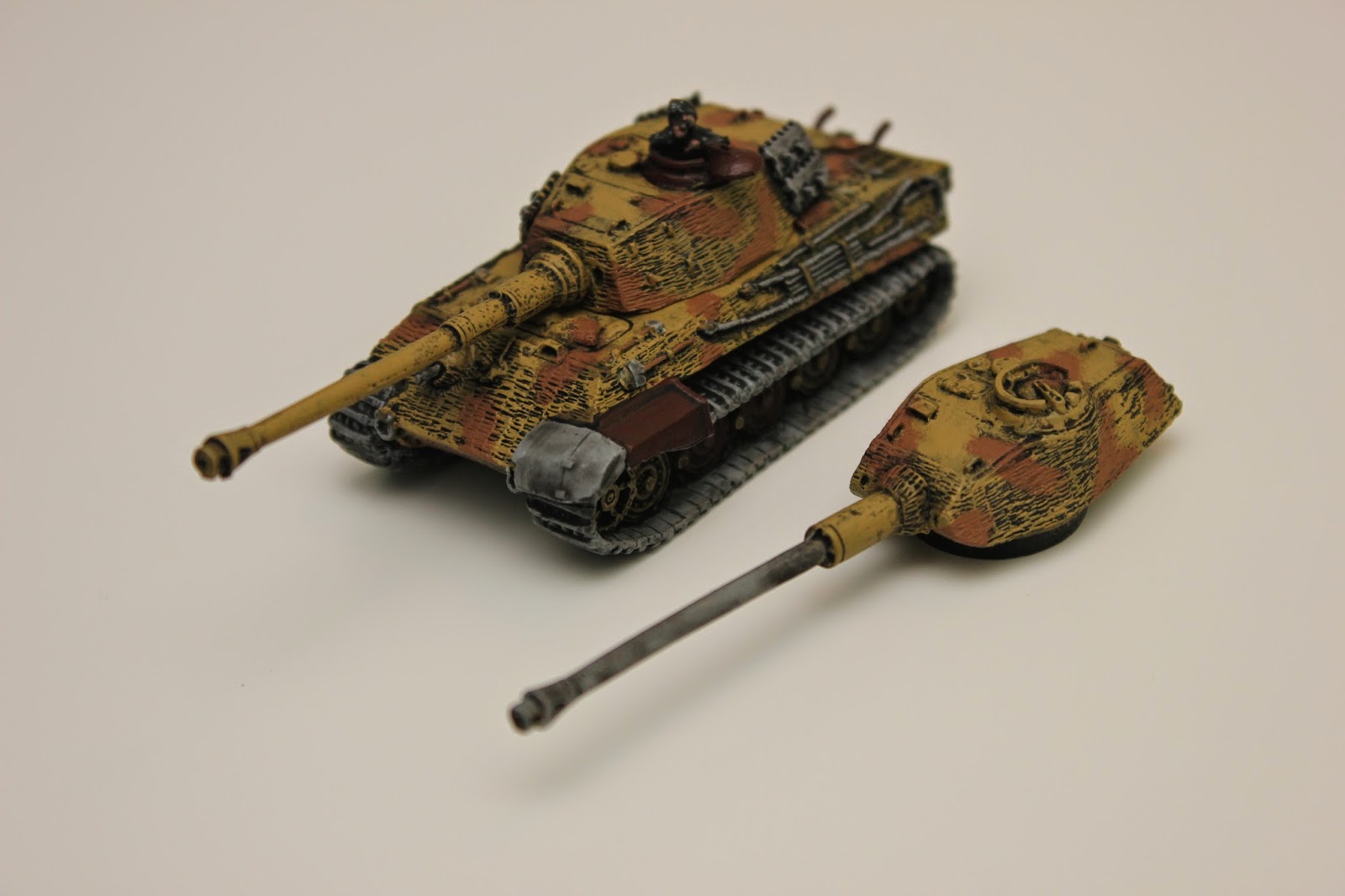 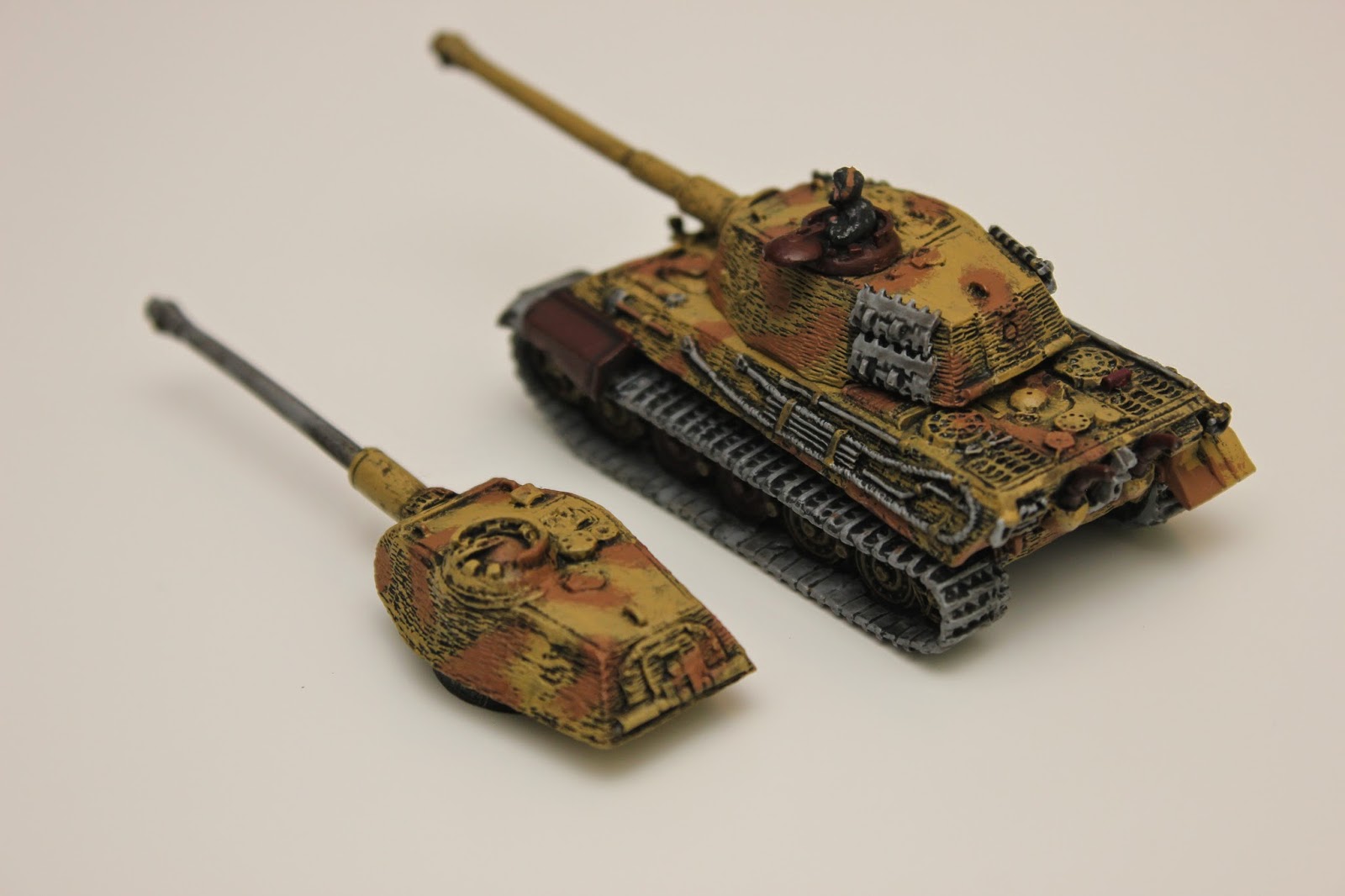 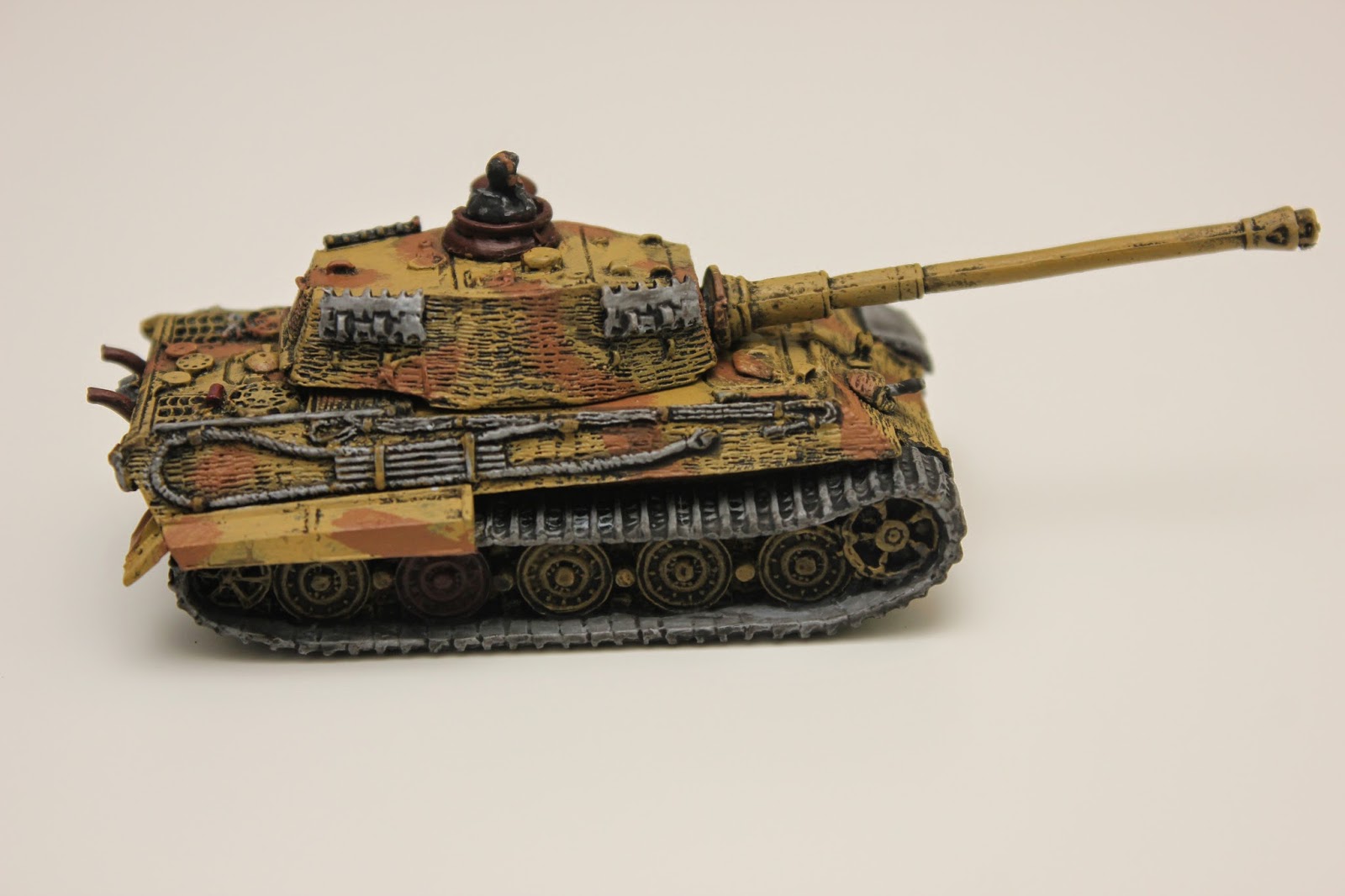 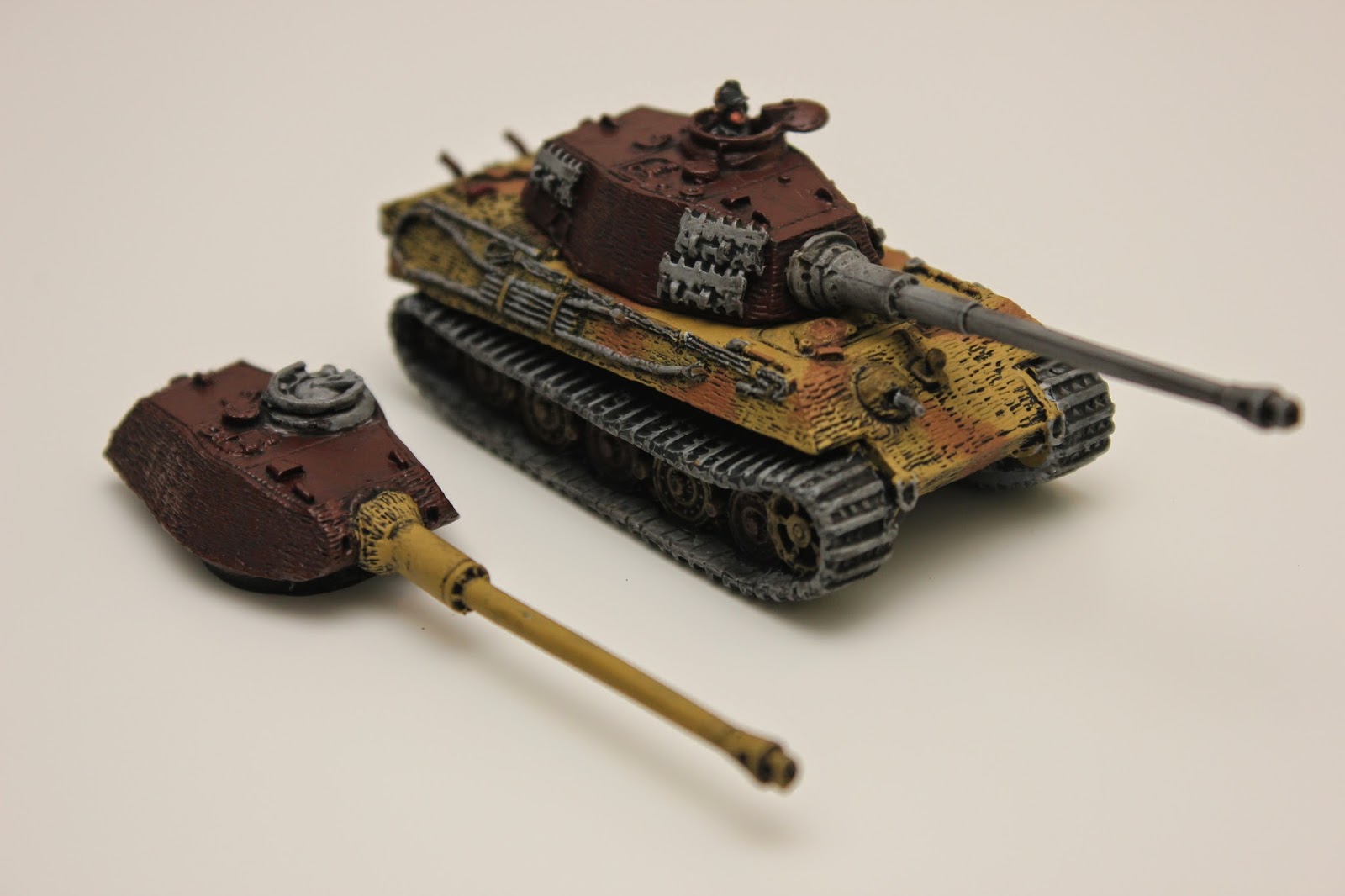 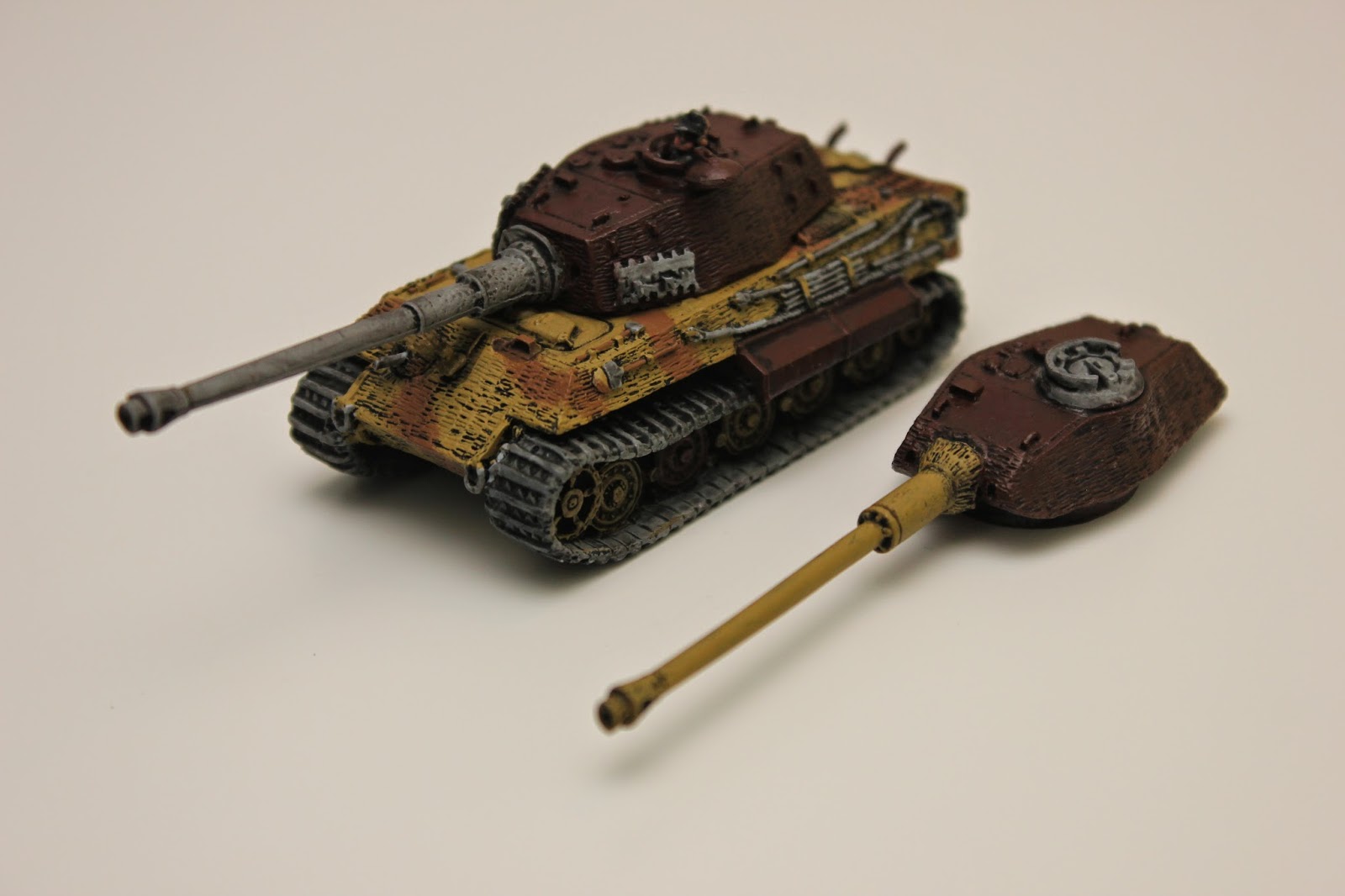 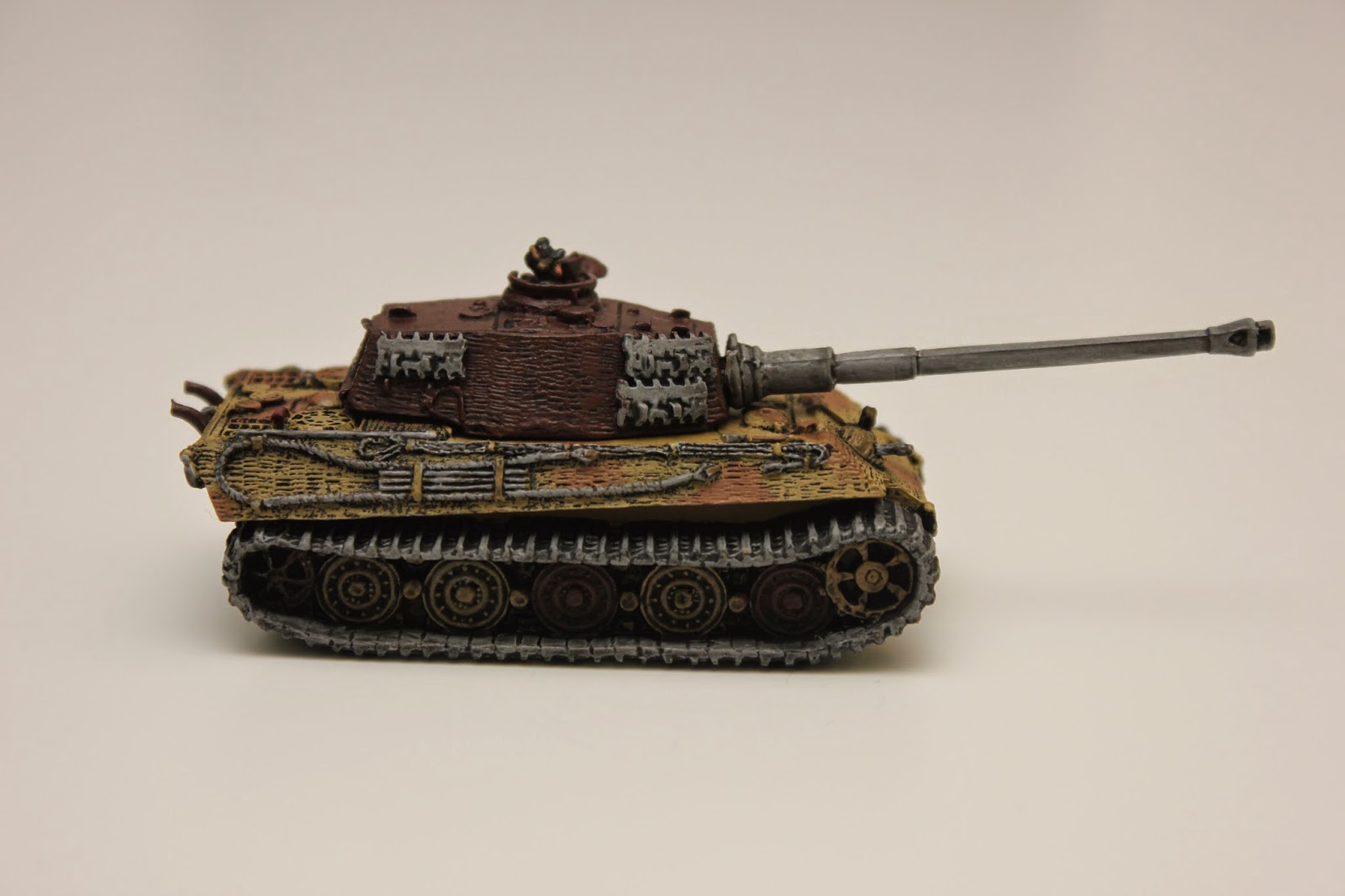 
Now we have more Jagdtigers to deploy to the fields of battle. Their leader is the most famous Otto Carius, better known for his actions leading a Tiger I E tank.

My Carius' model is not the BFs Carius but rather a normal Jagdtiger that I use as Carius. No need to buy one more Jagdtiger when I have 3 already!

Here again, as with KTs, I went with a worn look. Also some fuelcans and other stowage was added to personalization. 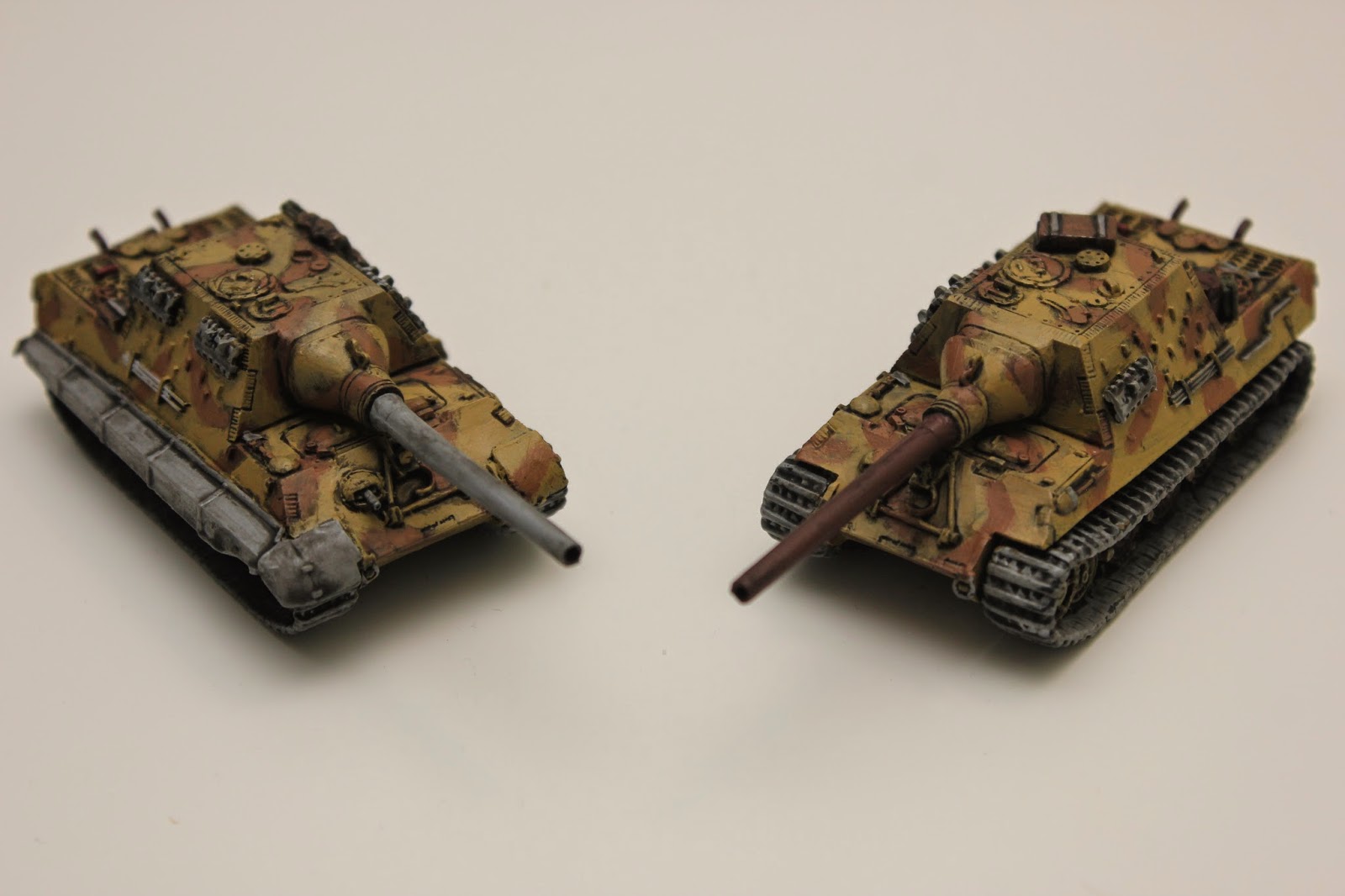 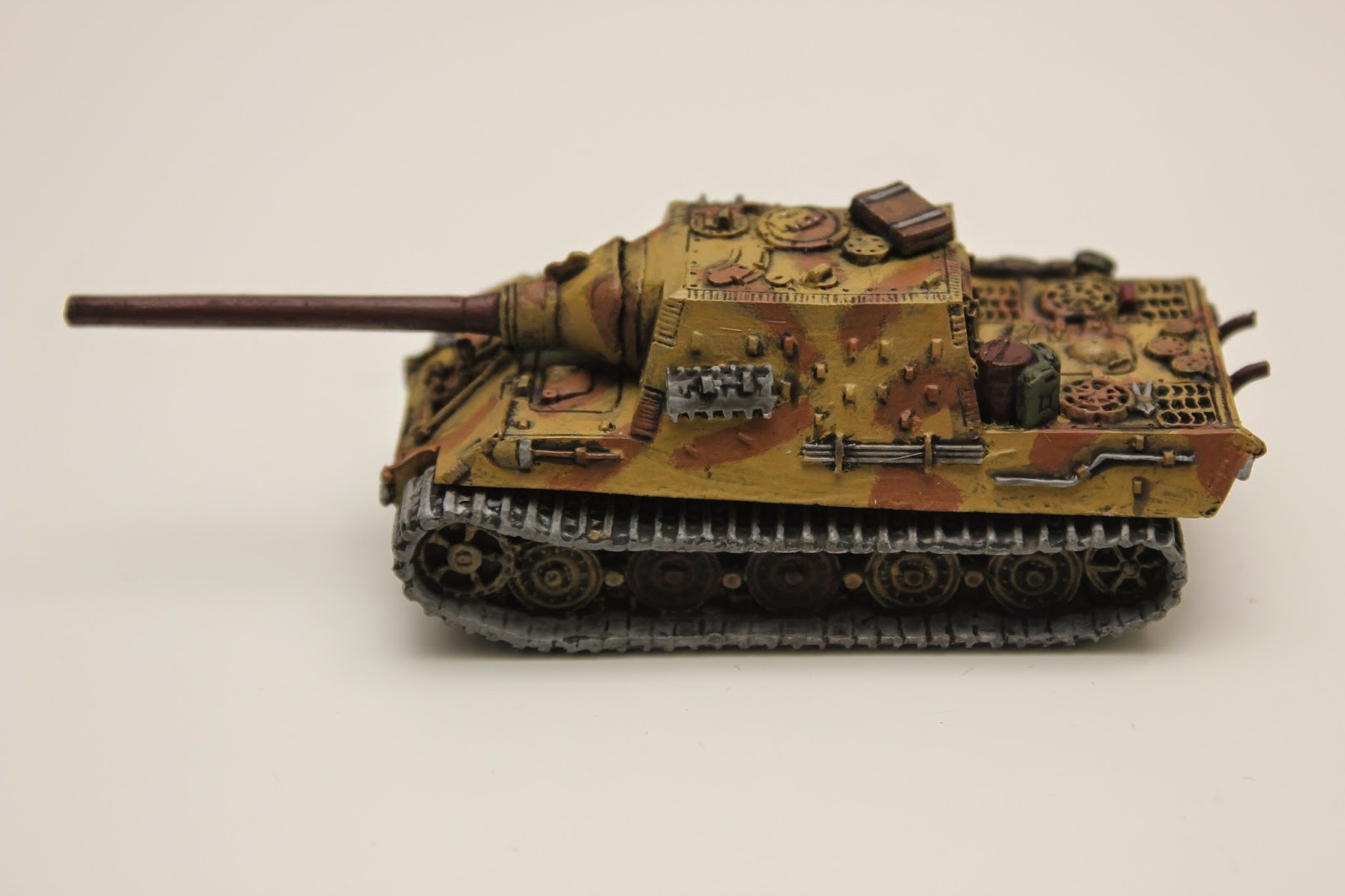 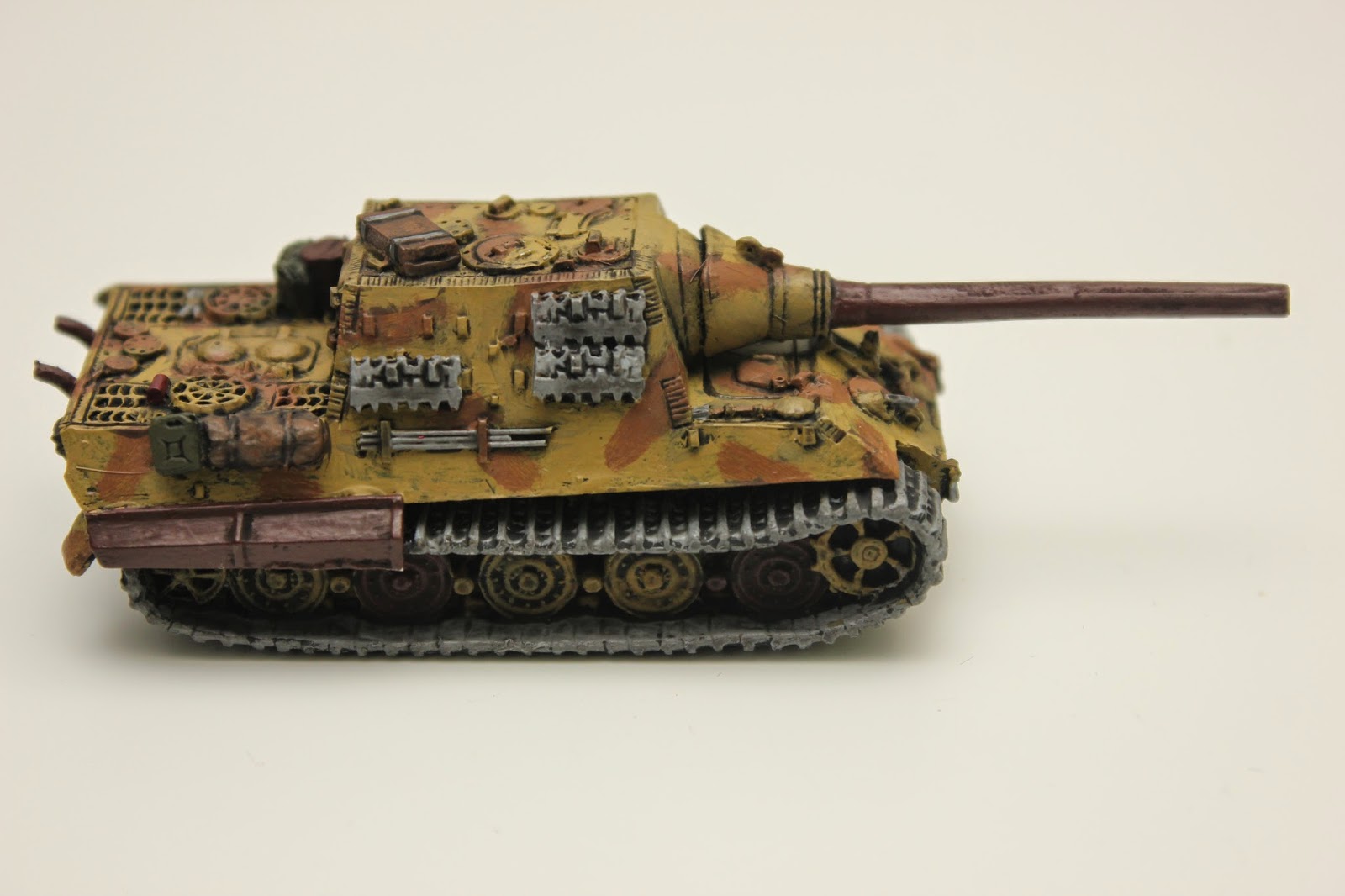 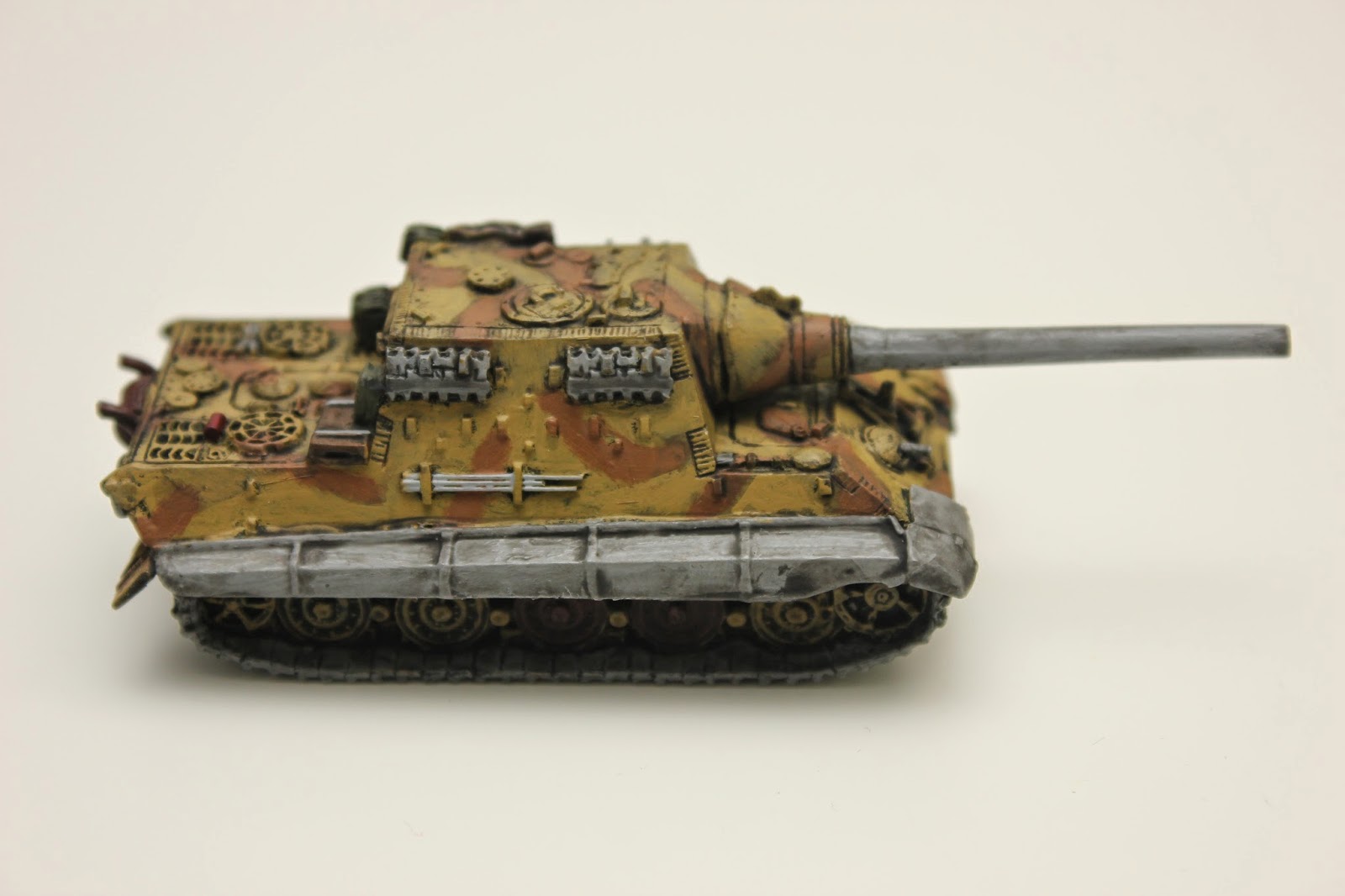 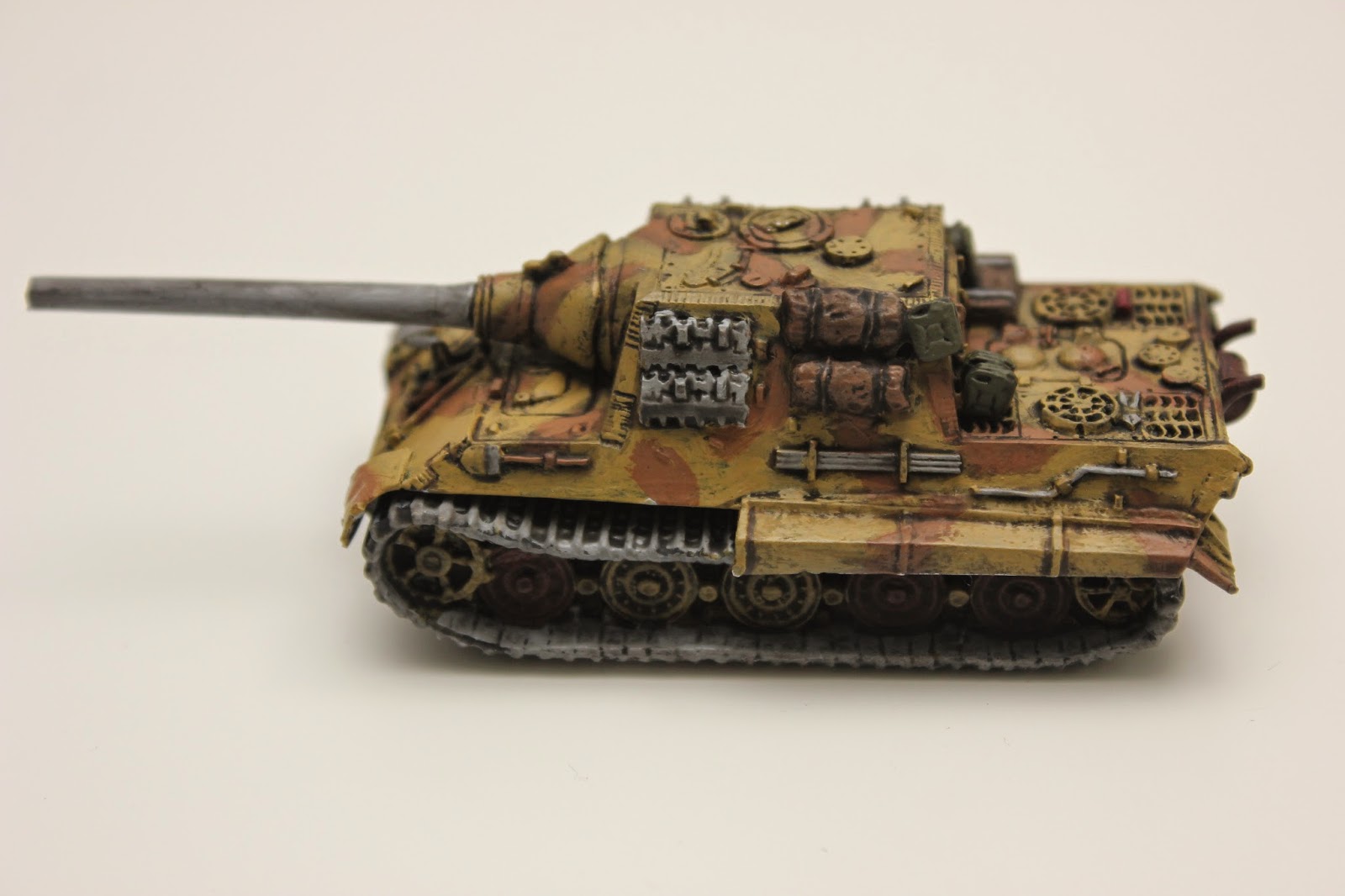